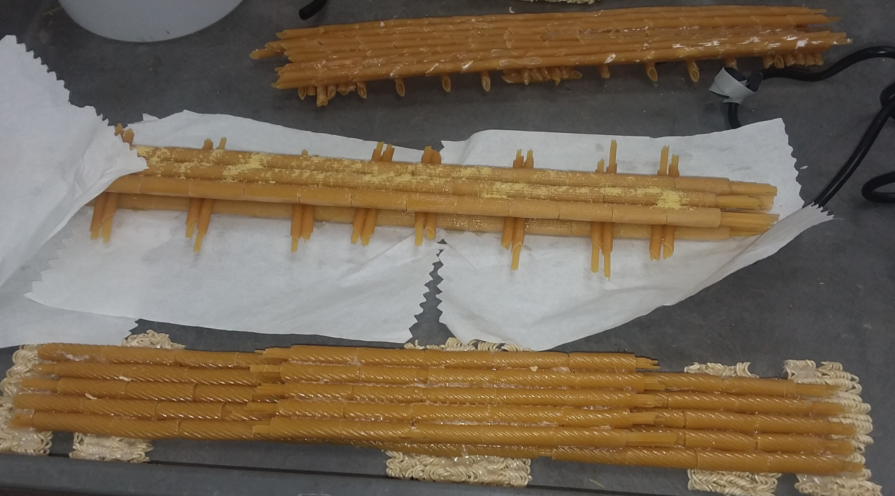 This week in Honors Physics

After completing the toughest unit over forces, students in Honors physics were challenged to build a bridge out of pasta noodles. They started by doing research over what makes bridges strong then implemented their research over 4 days of in-class construction. Their bridges have to span 40 cm and their bridges are judged on a ratio of load held to weight of bridge. The record setting bridge was built in 2018 and held 72 times its weight.

This week in Biology

Students have been studying genetics and inheritance with single and multiple traits. A culminating activity was to simulate the inheritance patterns of 31 different facial traits in a human child and drawing them as they would look for their senior picture as sampled below. At the end of the week, students were applying their knowledge of inheritance to Pedigree charts and determining patterns involving dominant and recessive diseases and X-lined traits like hemophilia and sickle-cell disease.

This week in Chemistry

At the end of the last week chemistry students were introduced to the concept of percent composition (by mass and volume), and followed this up on Monday with an experiment to determine the percentage of Twinkie stuff in a Twinkie. Student had to design and implement at experiment that determined the volume of Twinkies before and after removing the air and report their finding verbally. Later in the week, percent composition was used to teach students how to calculate the formulas of formulas using composition data. Because I was called out on Thursday to a curriculum meeting students got to use the Skiles MUHS Chemistry YouTube channel to learn who those calculations were made.