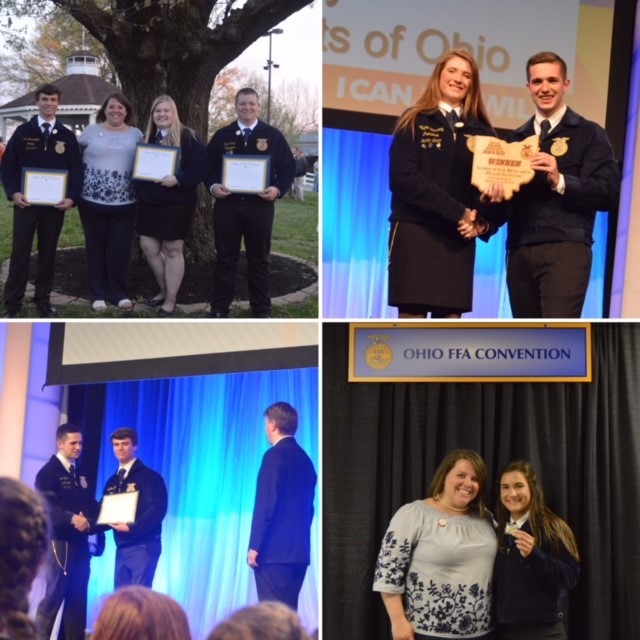 On Thursday, May 3, 2018, Abby Hissong competed in the State Agriscience Fair and State Proficiency Award interview process.  Her Agriscience Fair  project, "The Effects of Fungicides on Growth and Yield of Corn and Soybeans” received a Gold Rating and placed second in the State. On Thursday evening, Abby was named State Proficiency WINNER in the Agriscience Research-Plant Systems Category. In October, Abby will compete at the National FFA Convention in Indianapolis.

At the fifth and final session, Milton-Union MVCTC-FFA Members Jessica Leffew, Jacob Hornberger, and Tyler Pratt received their State FFA Degrees.  We were honored to have these members represent our chapter with such a prestigious degree.

As always, our students had a great time, and we look forward to next year’s Ohio State FFA Convention. The Milton-Union MVCTC FFA is proud of all award winners and wishes them best of luck in the future!