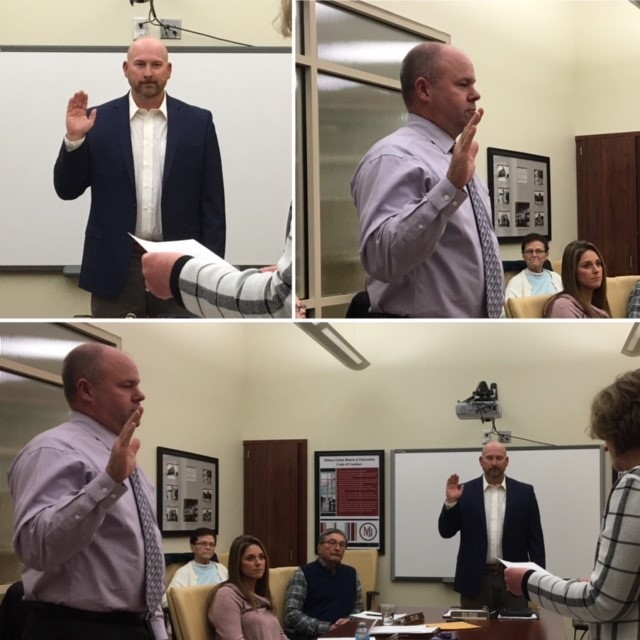 During its organizational meeting on the evening of Tuesday, January 9, 2018, the Milton-Union Schools Board of Education welcomed two newly elected members.  School district Treasurer, Kay Altenburger, administered the oath to Mr. Doug Thompson and Mr. Ben Dehus to begin the Board of Education's first meeting of the new calendar year.  The current members of the Board of Education and district administration are very pleased to have the expertise of Mr. Thompson and Mr. Dehus as they serve in the best interest of students, parents, guardians, and community members of the Milton-Union Schools.

With its newly sworn members in place, the Board of Education also took nominations and selected this year's President and Vice-President.  Last year's Vice-President, Ms. Lori Ginn Parsons, will now serve as the new President, and Ms. Jessica Brumbaugh was selected Vice-President.  Everyone associated with the Milton-Union Schools extend well wishes to you in your new leadership roles.  Thank you for your service!